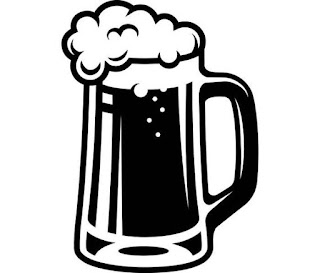 FERMENTVM NIGRVM DEI SEPVLTI is a module for Lamentations of the Flame Princess and as such easily convertible for use with other DnD-adjacent games. You can get it at the official EU store, the official US store, your usual third party distribution channels, and on pdf at Drivethrurpg. Buying a physical copy through the official stores also comes with a copy of the pdf and nets the most money to LotFP at the end of the day.

I paid for my own copy and am not affiliated with LotFP or the people who worked on Fermentum. Prior to this review, I gave the book one read-through and ran the game once.


How could this adventure be summed up? Let me count the ways I've found so far:

- The Name of the Rose meets Lovecraft, especially The Colour out of Space 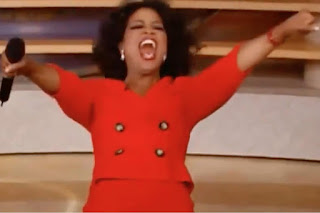 The book clocks in at ~96 pages. It has a bluish-grey cloth exterior a la Red and Pleasant Land. Physically it is beautiful and the layout is really well executed. Basically, it seeks to emulate an early printed book from around the 17th century. Having visited the Plantin/Moretus Museum in Antwerp (the most famous printing house in the Lowlands around that time period) I can say this comes pretty close. The layout is also enhanced by a subtle ink splatter effect, use of red ink for important tidbits, and handwritten-like margin notes that add tons of flavor and tie into the events and gamey bits of the adventure.

Fermentum is at heart about the party wandering into an all-hell-breaks-loose scenario as rival factions of beer-brewing monks try to destroy each other (and set fire to key parts of the Abbey, the main adventure location). Why do they do this? Because they are infected to various degrees with an alien yeast culture from outer space (the Black Barm) that slowly alters human minds until they are reduced to servitude in the final stages of the disease. The party is also susceptible to this infection, of course, making the possibility of PvP very real towards the end of the scenario. This element gets high marks from me. I love inter-party conflict.

- The adventure assumes a non-novice GM. There are a few moving parts.
- There are three original magic items, one of which, through a very lengthy and difficult process, allows for the creation of more original magic items.
- You can run this adventure as a long oneshot (4+ hours, my playthrough was just under five) but it is probably better suited to two sessions. It likely works best inserted into a longer campaign, and it is clear that it was written that way. The infection mechanic works well in a self contained playthrough but I get the feeling it would work even better with lingering consequences throughout a longer game, as the effects do not just go away on their own.


What could have been better:

I have a couple layout bugbears, to wit:

- Some of the margin notes (about 10%) are in such a small font, and it resembles handwriting so much, that for me they were literally illegible. The other 90% of margin notes, however, is excellent.
- There is no one-page top-down map version of the entire Brewery (there is a top-down map, but it is broken up by sections and spread out. That's good, but it would have helped to also have a full one-page map).
- It would have served the book very well, usability wise, to have said map present near the front inside cover and a duplicate of the Main Complex map near the back inside cover. It's a shame they didn't do that as there was room for it (pages ii and 95 are left blank).
- Likewise, the infection card table from page 13 should have been duplicated on the infection reference table on page 94.

- The infection mechanic really takes the cake. It is the best part of the module, and with the right table, the party could play the entire session carousing at the Tavern becoming progressively more infected, leave without exploring the Abbey and still make for a fun game. Not that exploring the Abbey isn't fun! But the interparty interactions arising from the infection effects work beautifully.
- Every element in the module, from the infection to the NPCs at the Inn and the Abbey, to the encounters, to the magic items and their backstory, to the flavor margin notes, is closely interconnected. Nothing feels like an afterthought or breaks the scenario's internal logic.
- I read another review describing the adventure as somehow linear. I don't agree. While the Catacombs are a relatively small dungeon without too many forks, the adventure as a whole feels more like an open location that can be explored in any order. While the infection conditions push the characters towards re-exposure and further infection, the text takes care not to force anyone's hand too heavily and all the decisions are still being done in-character. Even in the last stage of the infection, the book specifies that service to the Black Barm is not mindless servitude, and the infected retain most of their prior personality.
- The B&W Art by Gonzalo Aeneas is beautiful, but similarly to illuminations in a medieval manuscript, it is stylistically perfectly integrated into the layout of the book, and it does not overshadow the real star of the book, which is Gord Sellar's text.
- The scenario as presented strikes the Lamentations Weird-Horror tone perfectly.


What I am ambivalent about:

In my playthrough, I left out the Company of the Scalded Shield, a competing adventuring party controlled by the Black Barm. I did so simply for time and complexity considerations. Having given it more thought after the fact, I would probably not include this element as-written (in the module, the Company simply appears as soon as the party exits the Catacombs and attempts to cajole them into giving up the Black Rock if they are not yet in its complete servitude. This feels too much like a movie switcheroo to me as it is out of the party's control and largely unconnected to their prior decisions.)


What I would suggest to the prospective GM:

- Increase the chances of initial infection. After that, things will gain a momentum of their own. The way I did this was to impose a -4 penalty on the saves vs Magic to resist infection when drinking Abbey ale. After all, few things should be more infectious than directly ingesting the yeast.
- At the Inn, if the party imbibes (and you should do all you can to make sure they do), include at least one beneficial magical ale effect without a roll. A good venus fly trap needs both risk and reward.
- If not pressed for time, include the optional random encounters. They are very well designed, do not necessarily force the party into combat, and will add a lot of atmosphere, especially at the Abbey grounds during its fall.


What became of the party in my playthrough:

- Triste the elf committed suicide during a confrontation with his companions outside the Brewery (unbeknownst to them, this was part of a spell called Killing yourself to live)
- Triste's henchwoman Sahla made it to the Black Rock Chapel and was impaled by the dais traps. The rest of the party found her punctured naked body shortly after
- Henri the alistair, through a very unlikely set of magical circumstances, pulled the Black Barm out of the Black Rock and into his own body, becoming its new host
- Krogon the fighter reached stage 4 infection at the Black Rock Chapel. He is henceforth completely loyal to Henri
- Leftfoot Lightfoot the halfling managed a daring escape from his companions against all odds. He was last seen leaving the Abbey grounds manning a mule cart full to the brim of barrels of abbey ale.


Final veredict: 8-9 out of 10. Well worth the price of admission. Would run it again. Even gave me a chance to brush up on my college Latin.