Rules are on the House 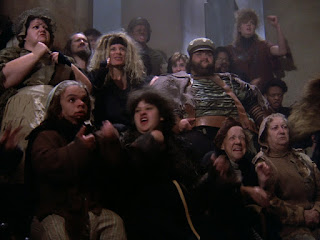 Herein a compilation of my house rules for when I run games.

If a level 1 Cleric cannot cast spells, he can instead cast spells as a level 2 Cleric. Starting at second level Clerics cast according to RAW.

There is no Raise Dead (will implement this next time around, the spell is grandfathered into my current campaign...)

When an NPC would have an exceptional attribute due to his description, it is rolled on 10+1d8 instead of 3d6.

A Luck roll is a roll under your lowest attribute on 1d20.

Attribute checks are on 1d20 instead of 3d6.

Surprise is handled like in later Basics, with a dedicated Surprise round.

There is no 1 in 6 chance of dropping your weapon if surprised unless special circumstances dictate there would be a chance.

Drawing and attacking in the same round incurs a -1 penalty to the attack roll.

Variable weapon damage ranging from 1d6 to 1d10. No weapon speed, everything attacks once a round.

Crits do max damage during combat.

Lamentations of the Flame Princess

Specialists have 8 skill pips at level 1 instead of 4.

Empire of the Petal Throne

Fighting Men have +1 to hit. 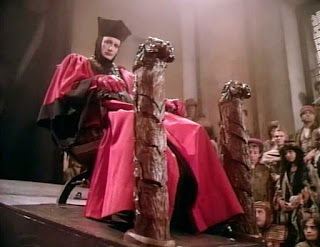